Mental health: Can one person make a difference? 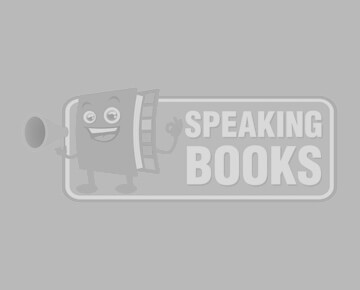 How much difference can one person make? Quite a lot, as it turns out. Today is World Mental Health Day, and I’d like to pay tribute to one woman who has made a difference to hundreds of thousands — perhaps millions — of people who need help, and whose efforts have saved many lives.

I first met Zane Wilson two years ago. She’s warm and charming, speaking with a distinct British accent despite having lived in South Africa for four decades. She divides her time between this country and the US, where her husband is based. Despite having so little time for herself, she always has time for others, as I soon found out: giving me advice on the phone, sending me mails, asking for help with raising awareness of issues and commenting on stories.

She campaigns tirelessly, and I mean that in the literal sense of the word: I have no idea when she gets any sleep and I can’t imagine that she’s had any spare time in 18 years.

It was back in 1994 that she founded the South African Depression and Anxiety Group(Sadag). A successful businesswoman, she suffered from panic attacks, but could find no support system. Back then, South Africa was not a sympathetic place for people suffering from mental illness. Since then, attitudes have become much more enlightened, though you only have to read the comments on news stories about suicides to see how far we have to go. Zane still keeps busy fighting the good fight every day, from tackling medical aids over changes to the way they pay for psychotherapy, to complaining about an irresponsible feature on suicide run by a local magazine.

South Africans desperately need the services offered by Sadag. On average, 22 people in this country commit suicide a day and 10 times as many attempt it. Sadag now runs a 16-line counselling and referral call centre, and among the many other services it provides, also assists a network of 180 support groups around the country. As always, the poor are the most vulnerable. Lack of facilities and often unsympathetic nurses means that many, if not most, don’t get the help they need, and Sadag is their only hope. More recently, Sadag has started hosting Facebook chats about mental health issues every Friday. This week, the topic is depression; psychiatrist Dr Jonathan Moch will be online between 1pm and 2pm, clinical psychologist Tony de Gouveia will be the expert for the second one-hour chat at 7pm. You can watch the short film produced to coincide with World Mental Health Dayhere.

In 2005 Zane created the “Speaking Book”, to enable communities with low levels of literacy to receive healthcare messages in a practical, low-cost format. An innovative learning tool, the Speaking Book also generates most of the funding for Sadag, which also receives sponsorship from various pharmaceutical companies. Sadag receives no funding from government at all, yet fills a vast gap in healthcare services.

It’s reassuring to know that all of this work has not gone unacknowledged. Zane has received many awards for her work including South African Woman of the Year, World Bank Award for Development in Mental Health, PharmaVoice USA as one of the 100 most inspiring people in health, Africom Pepfar Award for creative communications in HIV and Aids, CPSI Public Sector Service and Innovation Award, and the Unesco Award for sustainable innovation. In November last year, Zane was honoured as one of the Top 10 Influential Leaders in Healthcare in South Africa by the South African Institute of Health Care Managers. Earlier this year Zane received the Order of the Baobab for her services to South Africa and its people.

Thank heaven for the Zane Wilsons of this world. We need more of them.