The Rotarian – Speaking of polio 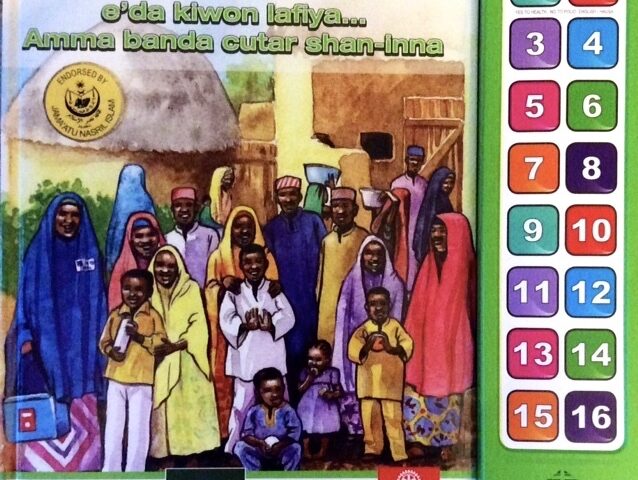 This is the official publication of Rotary International, a world service organization, with 1.3 million members.
To be published in this journal is a great honor, and our letter below is a tribute to both our club and to all those who helped make the End Polio Now Speaking Books possible.
Besides the team responsible for the creation and origination, the funders and sponsors including many Rotarians, the Sir Emeka Offor Foundation, Rotary International and UNICEF, we owe a great debt of gratitude to the many thousands of UNICEF health care workers, who at great personal risk have made immunization against Polio, possible

_(Reprint) “I was delighted to read “The Plus in PolioPlus” in the October issue. I was pleased that Sir Emeka Offor was credited with providing invaluable support to produce the Speaking Books audiobook Yes to Health, No to Polio_, for Nigeria.

Following the great success of the first polio-focused Speaking Book, A Story of Health, in Pakistan in 2013, a similar but much larger project was proposed for Nigeria. When the process got delayed, our Rotary partner UNICEF went directly to Sir Emeka Offor and explained the urgent need for 15,000 Speaking Books in the Hausa language to convince local communities to allow their children to be vaccinated. It took just 15 minutes for Sir Emeka to hear about the need and agree to fund the entire project. The books were so successful that UNICEF ordered and additional 30,000.

On a personal note as both a Rotarian and a polio survivor, I am extremely proud and honored to have played a small part in our global mission to End Polio Now. The success of this low literacy book program for Pakistan, followed by Nigeria and then Afghanistan, can be attributed directly to the global collaboration and networking ability of Rotary.

The project started with our Rotary club in Hilton Head Island, South Carolina. It quickly expanded when Past District Governor Bernie Riedel met with Past RI Vice President Anne Matthews and suggested that Speaking Books could be used for educating at-risk people about the importance of polio vaccinations. This was immediately brought to the attention of Rotary PolioPlus staff members Carol Pandak and Amy Edwards in Evanston. Just a week later, Aziz Memon, chair of the Pakistan PolioPlus Committee, confirmed his order for a large quantity of Speaking Books in Urdu and Pashto.

That resulted in Nigeria following suit with Yes to Health, No to Polio, and when the UNICEF polio team moved on to Afghanistan, they again turned to Rotary for assistance in creating a local version in Pashto and Dari, Grandpa Knows Best; A Story of Polio

That’s the power of Rotary teamwork” 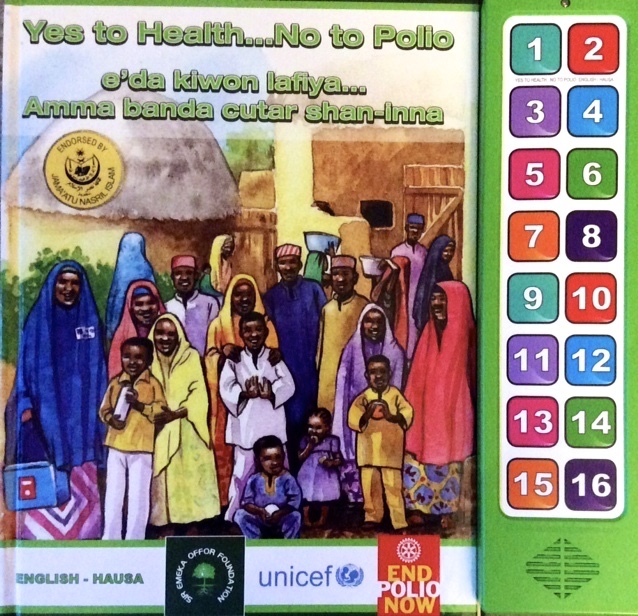